The other day, I visited the Enoura Weather Station as if I were walking on a straight and fateful railroad line that I could not stray from.
Just like the name of the station I arrived at, what appeared in front of me was an overwhelming tree that told the story of its age, with the words, "Shake the blue sky.
In the visible world, this is a surprising event, but in the invisible world of the senses, it is strangely satisfying, "I see. But in the invisible world of the senses, it is strangely satisfying.
I can relate to all of this in my works and creations.
I am deeply touched by the fact that there are people with such senses and concepts living at the same time.
The title of the book was drawn by Hiroshi Sugimoto.
I found this book at a bookstore I happened to visit yesterday.
Shinso Ken" Old Is New
Hiroshi Sugimoto
Michiyuki Sakakida
I unconsciously touched the cover as if I were touching my own work or a wall.
When I opened the book, I couldn't help but smile when I read about the cover.
That's Hiroshi Sugimoto. You still manage to shake my soul to the core.
Close
About the picture on the cover

An abstract painting was chosen for the jacket of this book.
However, this picture was not drawn as an abstract painting from the beginning. It became a painting by chance. For the complete renovation of the MOA Museum in Atami, I decided to cover six 17-meter-long, 4-meter-high walls with black plaster, a traditional Japanese method.
Plaster is made of lime and is applied with a trowel. Modern architecture prefers dry materials. Modern architecture prefers dry materials, but most traditional construction methods use wet materials. To finish this huge wall without any groundwork, one side had to be completed in one day. Three skilled craftsmen were assembled, each one using a different trowel. I am proud to say that I have never finished such a huge surface using the traditional method before in Japanese architecture.
Nowadays, plaster itself is rare, and it is even rarer to mix charcoal powder into the normally white plaster to make it black. It takes a long time to dry.
A few days later, what appeared on the surface were the traces of an almost unconscious trowel.

I find in them a beauty that transcends consciousness.
This must have been the beginning of the cave murals that people began to paint long ago, between the conscious and the unconscious.

Old Is New.
The forgotten soul of antiquity, I would like to see it again in the present age.
Hiroshi Sakamoto 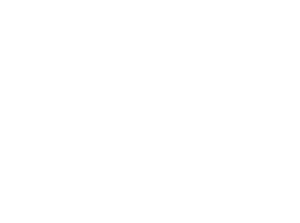